The Walking Dead: All Out War Solo game.

The Prelude to Woodbury box set allows the solo player to take on the Walking Dead.

So I pulled my trusty DBA board (24" x 24") out of retirement and placed some scenary.

Brian is scavenging for supplies when he finds a camp, whose former occupants now wander aimlessly. There are three supply counters, two on the vehicles and one by the tent. 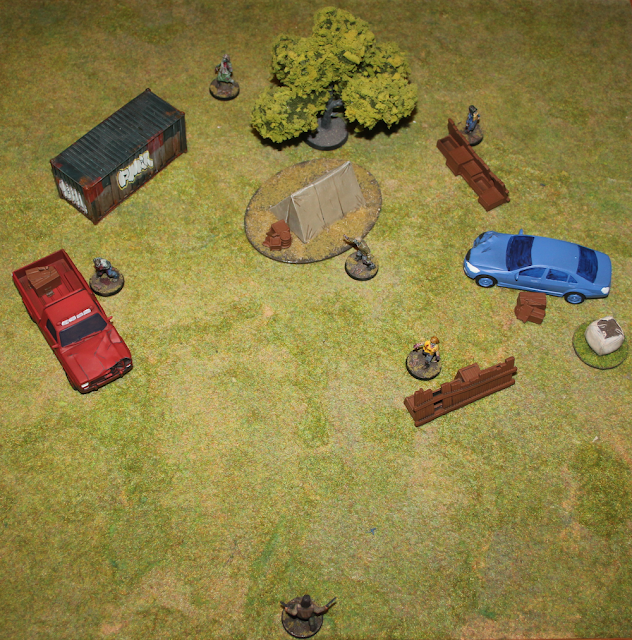 First round, Brian makes a dash for the barricade. As this is a noisy action, he attracts the attention of the nearest walker. The barricade prevents it making contact with him. 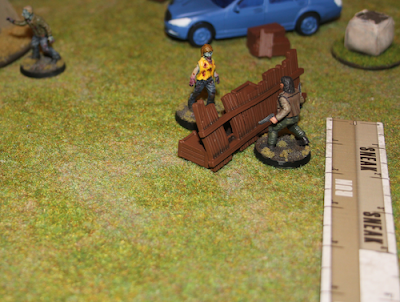 A lucky events card means no walkers move at this threat level.
Brian once again runs, this time using the car as a barrier. His second action is to shoot the nearest zombie (note a replacement die was used for the zombie die roll). Head shot Boom! 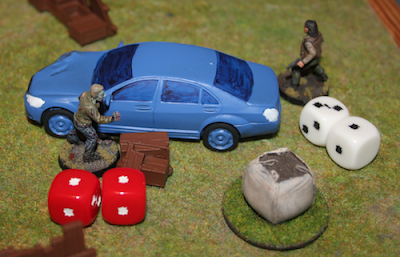 Brian has top check that he has not run out of ammo, lucky him passing the roll. 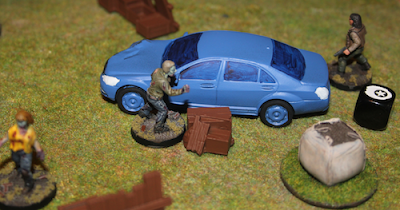 However this causes mayhem, attracting the attention of all zombies in range. Two are stopped by the car, but one moves into contact with Brian. 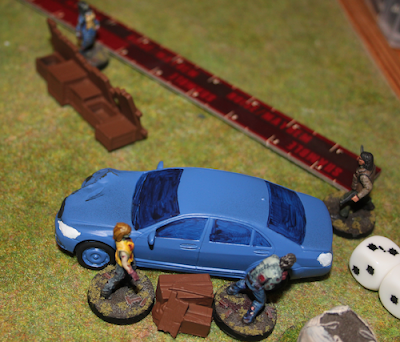 Bad dice rolling leaves him taking a hit with a bite! Luckily his jacket, though torn to shreds cancels the damage, so Brian lives to fight another day. No other zombies move into contact, so another round goes by. 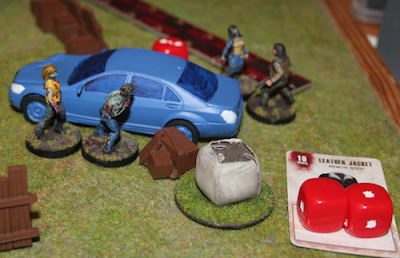 All fired up, Brian has another go at a walker with his pistol. He downs the horror but not taking it out of the fight. 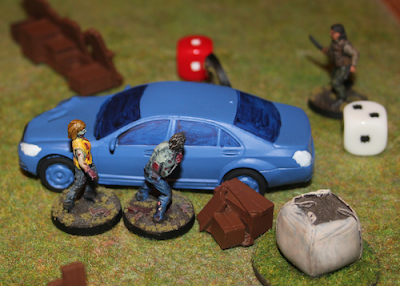 The noise attracts the walkers again but only one reaches Brian and he successfully defends himself, pushing back the blood stained creature. At the end of the round, the knocked down walker stands up again. 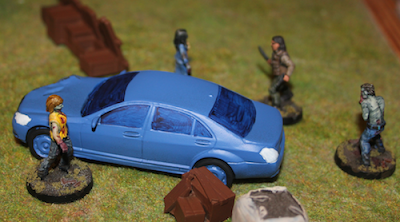 Brian makes a strategic withdrawal past one of the walkers then turns and shoots again. This time success, double head shot. He also makes the ammo roll. 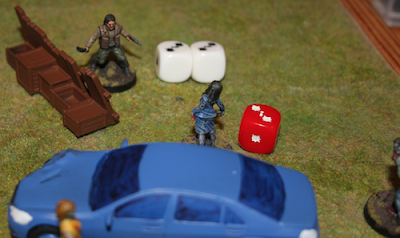 Drawn by the noise the three remaining walkers close in on him. Only one makes it into combat and Brian manages a draw by defending. The event card drawn gives lots of new walkers, but as there are only two off the board at the time, they are the only ones  to return.

Scampering towards the tent Brian again turns and fires, knocking down a walker, but attracting a lot of attention. The walkers stumble into the tent. 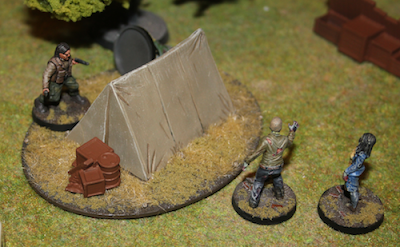 Brian reaches the pickup truck. Because the threat level is above his nerve he has to roll the panic die. He rolls "Quiet" and chooses to search the supply counter. He finds a crowbar. A walker also finds him. He barely manages a draw and pushes the thing away. 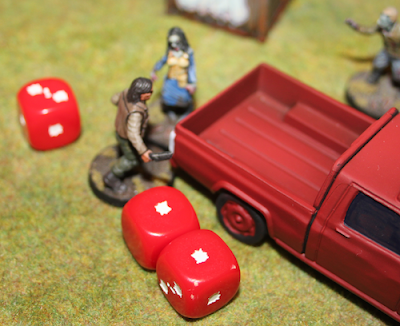 The threat level escalates, so before he can activate again the panic die is rolled.

Brian, stressed beyond his limit screams. This pushes the threat level to the end point and the game ends. 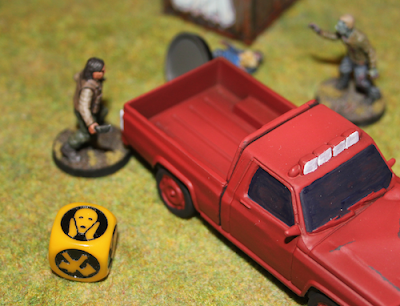 So, Brian survives but the scavenging is less than successful.

I am not sure if the shoot and scoot tactics worked, i will have to try it again and see if I can do better.
Posted by ultravanillasmurf at 10:14 PM