In praise of William Killan

William Killan, the long suffering husband of 7TV's Department X character May Killan is one of my favourite Crooked Dice figures. 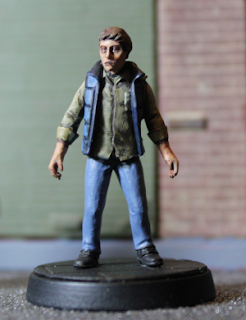 I use it for scale with other figures and vehicles, mainly because it has such a neutral pose. 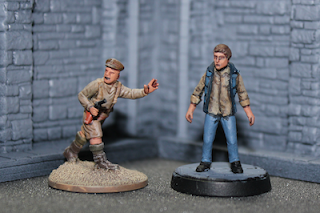 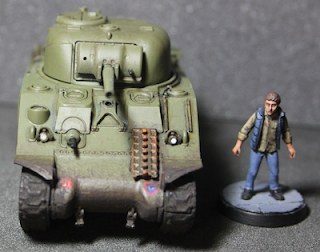 One problem with this figure is that when it it is compared with figures on flat bases, it is more difficult to make the comparison.

So, here is a new version of the figure. 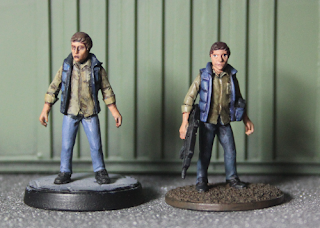 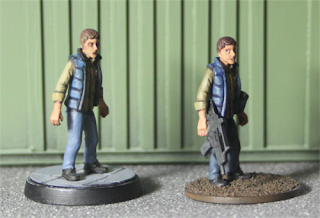 The figure is just pinned to a standard Renedra 25mm diameter base.

For use in Terminator Games, he has been armed with a Hasslefree G36c assault rifle, and has a magazine tucked in the pocket of his body warmer (plastic strip for the magazine, the pocket being Greenstuff.
Posted by ultravanillasmurf at 7:17 PM